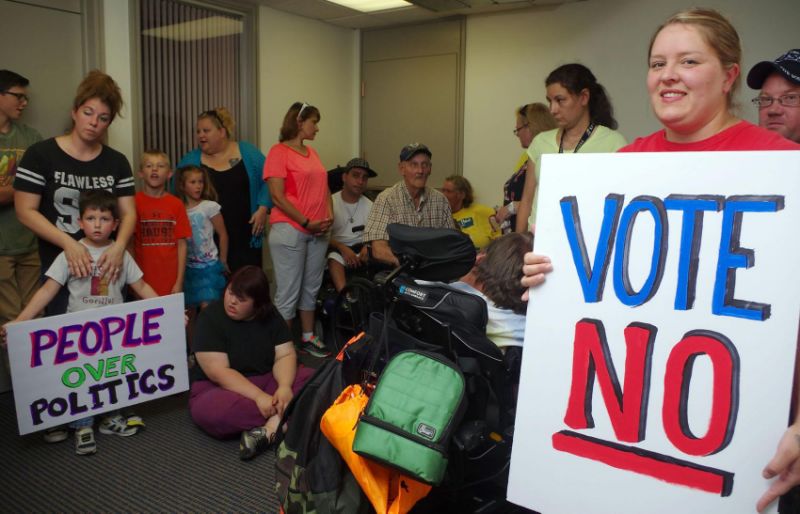 Earlier this week, the National Association of Social Workers (NASW) alerted its membership to the updates in the Senate’s modified discussion draft of the Better Care Reconciliation Act (BCRA) of 2017.

The outlook for Senate action on BCRA or perhaps just a straight repeal of the Affordable Care Act (ACA) remains uncertain (CBO estimates full repeal would result in 32 million uninsured). The one thing that is clear is that the Senate GOP Leadership does not yet have the 51 votes to complete health care repeal and/or replace efforts. Additionally, the fate of the devastating cuts in Medicaid remain unchanged, with nearly $800 billion of Medicaid supported access to health care designated to be eliminated.

Despite waning support for BCRA, Senate Majority Leader, Mitch McConnell (R-KY), remains committed to holding a vote next week, whether they have the votes needed for passage or not.  The public opposition of Senators, Lisa Murkowski (R-AK), Shelley Moore Capito (R-WV), and Susan Collins (R-ME), combined with the devastating diagnosis of brain cancer for Senator John McCain makes passage next week an uphill climb for Leader McConnell.

Despite these hurdles, however, the Senate GOP is working around the clock to revive health care repeal efforts. President Trump is strongly and publicly urging them to continue negotiations. While the Senate’s strategy is changing by the hour, NASW calls on you to stay vigilant in this fluid environment. We have witnessed the revival of a seemingly dead bill before and we must keep the pressure up. NASW urges you to contact your Senators and ask them to VOTE NO on the latest BCRA discussion draft or any ACA repeal efforts.   We must continue to stand up to preserve access to health care services for millions of Americans.