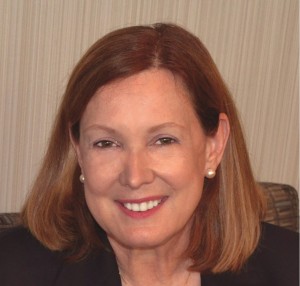 “At this time in our nation’s history social work is more important than ever,” said Wehrmann, PhD, MSW, LSW, LCSW. “Social work has long played a role in making our society a better place and I want to ensure that NASW and social workers are at the table helping solve some of the major issues of the day.”

Wehrmann is an associate professor at the Illinois State University School of Social Work.

She has been a member of NASW for more than 20 years, held many offices and committee assignments with the NASW Illinois Chapter and served on the NASW Board of Directors.

As president-elect Wehrmann has already served on the NASW Foundation Board of Directors. During her term as president Wehrmann’s responsibilities will include providing leadership to the NASW Board as that body makes policy decisions, allocates financial resources, guides program priorities and oversees committees.

Wehrmann said she will support NASW’s ongoing efforts to modernize operations, which will enable the association and its chapters to provide value-added products and services to members that will enhance their professional development. It is also important that NASW strengthen its efforts to advocate for the social work profession and issues important to social work on the state and national level, she said.

“I think (social workers) have a role in supporting social workers in having a civil discourse. We have a lot of skills and abilities to do that. People need to be heard and understood. It’s never been more important than now.”

And in these divisive political times Wehrmann said NASW and the social work profession can play a role in bringing together Americans, no matter their political affiliation.

“I think we have a role in supporting social workers in having a civil discourse,” she said. “We have a lot of skills and abilities to do that. People need to be heard and understood. It’s never been more important than now.”

Wehrmann lives in Champaign, IL with her husband of 32 years, Allen, and their dogs Finn and Bailie.

She was inspired to go into social work because she was raised in a family that believed in pitching in to help others. In fact, one of her aunts was a school social worker and an uncle was a social work professor at the University of Illinois.

Her first job in social work was in child welfare, an area of social work that Wehrmann said attracted her because “children have the least power and have a right to a safe childhood.” She has also worked in health care, especially with older adults who needed an advocate when they experienced complicated medical issues.

Wehrmann continues to have a special regard for foster parents who give of their family and resources to keep children safe while families work to bring their children home. She is also an advocate for services that are more preventive, helping families before protective services become involved.

Wehrmann decided to join NASW because of her role models and mentors at the University of Illinois Urbana-Champaign and the Illinois Department of Children and Family Services, who were NASW members.

“They helped me see how important it is to support your profession through being involved with the organization that is the voice of social work in our country,” she said.