As we begin the new year, it seems like a good time to provide an update on the Association’s ongoing Modernization Initiative.  We’re pleased to report that the implementation of the initiative is proceeding, for the most part, according to schedule.  We are now in the middle of the second phase of this three-phase implementation and are beginning to realize some of the anticipated benefits, including greater collaboration between chapter and national staff.

The Modernization and Revitalization Initiative, launched in July 2016, continues to fuel important and robust discussions about the direction of the Association.  To that end, it is important to highlight what modernization is, what it is not, and how NASW continues to work on behalf of its members and the social work profession to make our incredible organization even better. 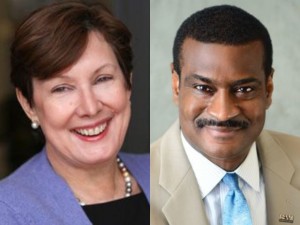 Importantly, modernization has not changed NASW’s status as one Association composed of 55 state and local chapters and a national headquarters located in Washington, DC.  In 1955, NASW was incorporated in the state of Delaware as a membership association dedicated to the support of social workers and the social work profession.  Given the NASW’s status as a mission-driven membership organization, it operates as a non-profit entity pursuant to Section 501(c)6 of the Internal Revenue Code.  This has not changed with modernization.  Chapters have always been administrative units of the Association with the charge to advance the mission of NASW on the local level.  Through the modernization initiative, chapters continue to exercise local decision-making over program priorities, advocacy efforts, membership activities, and all other chapter projects.

In 2015, NASW embarked on a multi-year journey to modernize association operations by upgrading systems and processes, particularly in the areas of governance and administrative services.  The goal was to increase the ability of state and local chapters to focus on local social work programs, policy, and member services.  Advocacy at the state and local levels, professional development, and the provision of member services at the chapter level were, and continue to be, viewed as the most critical functions of our chapters.  As part of modernization, NASW seeks to provide greater uniformity and consistency in the level of member benefits and services across all NASW chapters.  Since its inception, the modernization work across the Association has been grounded in the mantra “Members First.”

What the modernization process has taught us:

Constant communication and broad engagement with chapter and national stakeholders is essential and embodies the democratic principles we hold dear.

Delegate Assembly continues to be a critical part of NASW governance.

What NASW continues to be after modernization:

NASW remains a membership organization with chapter priorities and programs determined at the state and local level by member-elected chapter boards.

NASW continues to embody the principles of democracy by holding elections annually where members choose leaders to represent them at the local and national levels.

NASW continues to fight at the national, state and local levels on behalf of social workers and the social work profession.  Examples of these efforts include:

The changes in organizational operations achieved through modernization better position NASW for the 21st century challenges and opportunities faced by social work and the Association.  We know that succeeding in these ever-changing times requires more unity across the profession and within NASW.  Ultimately, our efforts to modernize organizational operations seek to advance the purpose and mission of NASW, enhance the member experience, ensure the long-term financial viability of the Association, and better leverage the collective might of our members and the strength of the social work profession.  We greatly appreciate your continued support.