The Roe Act and the Path Forward for our Nation: Hyperlocal Organizing Starting Now

After Supreme Court Chief Justice John Roberts confirmed that a leaked draft of the United States Supreme Court’s ruling in the Mississippi abortion case was authentic, I began doom scrolling to the point of anger and despair. 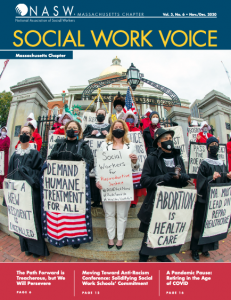 Although many of us have known that this day was coming based on the appointments of Neil Gorsuch, Brett Kavanaugh, and Amy Coney Barrett to the Supreme Court, it still felt shocking, and in those first 48 hours after the leak I was paralyzed with worry: what would this mean for people who are low income and people of color who already face more barriers to care? What other rights to personal liberty will we lose? Who else will be harmed, and to what extent?

Only by the third day after the leak could I begin to think more clearly. I fell back on advice from my mother that I continually put to work at NASW-MA: Don’t get angry, get organized.

That’s what a coalition of advocates in Massachusetts did in 2019 when we realized that abortion rights were at risk at the Supreme Court. Led by the ACLU of MA and Planned Parenthood of MA, among others, NASW-MA was part of a campaign to pass legislation that would codify Roe v. Wade in our Commonwealth. Activists drafted and proactively worked with key legislators to file An Act to Remove Obstacles and Expand Abortion Access or the ROE Act.

Massachusetts may have a reputation for being more liberal than many other states but passing this bill into law was anything but easy. We had outdated, medically unnecessary, and politically motivated laws on the books that created barriers for young people seeking abortion and people in need of abortion later in pregnancy after receiving fatal fetal diagnoses. These cases were rare, but when they did occur, Massachusetts residents were forced to delay care or cross state lines to receive it. In some cases, they never received the care they needed.

We needed a comprehensive piece of legislation that dismantled medically unnecessary barriers, aligned laws governing abortion with those related to all other pregnancy-related care, and reformed state law to affirm the Commonwealth’s commitment to individual rights and reproductive freedom. Our coalition included reproductive rights organizations, health care organizations, legal organizations, and elected mayors, legislators, and other leaders. 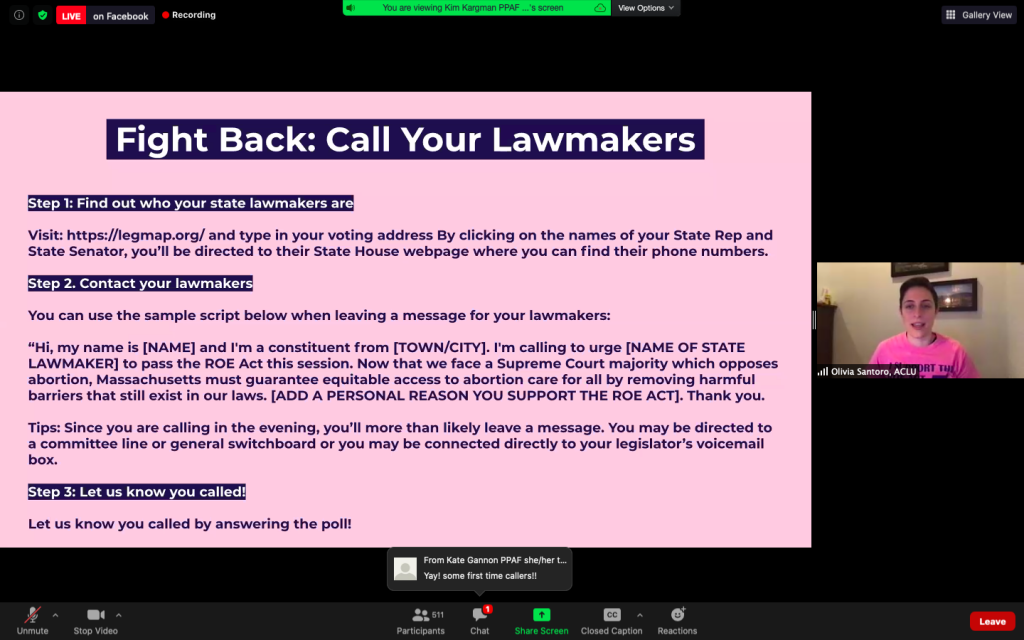 I believe the way in which groups across many sectors worked together on behalf of the ROE Act can serve as a model for other communities. Our group was so laser focused on success and individual one to one organizing that when our governor vetoed the bill, lawmakers easily overrode it.

Ultimately, the ROE Act enshrined that Massachusetts laws are rooted in medicine and science, respects the rights of women and pregnant people, and recognizes abortion as health care. This was not about making a statement, it was about being forward thinking, hyperlocal, and ultimately strategic.

Learn more about Massachusetts’ Roe Act in this infographic. Rebekah Gewirtz is the executive director of the NASW’s Massachusetts Chapter. For more information about the coalition that passed the ROE Act or for details on the bill, please reach out to her directly at rgewirtz.naswma@socialworkers.org.
Rebekah Gewirtz Roe v. Wade Social Workers 2022-05-06
Aliah Wright