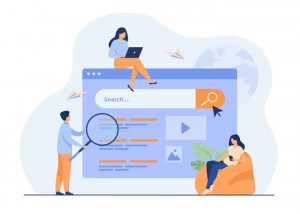 In July 2022, many NASW members alerted their state chapters to a disturbing and potentially deceptive marketing practice impacting social workers nationwide — involving CareDash, a healthcare review and referral website for a wide variety of healthcare providers, including clinical social workers. CareDash has been posting the profiles of thousands of social workers — without their consent or knowledge — in order to drive their prospective clients to provider networks that partner with CareDash.

Essentially, when a person seeking to learn more about a specific therapist whom they may wish to see searches for that person on the CareDash site, they are bombarded with marketing about other therapists cooperating with CareDash and other on-line providers with whom they can make an online appointment; this option is not available for the therapist they were initially interested in engaging.

Indeed, the marketing efforts initially involved even more troubling practices; as noted below, CareDash modified this practice in response to NASW’s advocacy. Before our involvement, a primary beneficiary of this practice was BetterHelp, the largest online therapy platform in the nation. BetterHelp and its therapists were apparently receiving the lion’s share of these referrals from CareDash. As a result of NASW’s advocacy efforts, BetterHelp has agreed to stop promoting itself on the site and stop participating in these practices.

While the profiles were created from public records, including NPI records, the providers themselves did not agree to the use of their profiles for this purpose. And, at least prior to NASW’s involvement, profiles had included erroneous information about the providers’ practice areas and other issues, as well as personal information. CareDash’s policy is to refuse to remove a profile under any circumstance.

This practice may amount to a misappropriation of social workers’ names and reputations for commercial gain. It could cause direct harm to social workers’ practices by diverting their prospective clients to other providers. And, it could harm consumers who may be referred to providers who are unable to meet their needs; and erroneous or outdated information in the profiles could mislead potential clients and implicate social workers’ ethical duties.

Immediately upon learning of this practice, NASW took the following steps:

As a result of these efforts, as noted above, BetterHelp has disassociated itself from CareDash – for which we are grateful.

Additionally, CareDash has modified its practices in response to our concerns about deceptiveness. Read this statement from CareDash’s president on Twitter for details. NASW is reviewing these helpful – but likely inadequate – changes and plans to discuss the matter with CareDash soon.

We are grateful to our members for bringing this practice to our attention and for advocating to end it. This is more proof that your voice and engagement is critical to the work we do!