I live in a tiny town in a rural county, and I advocate for LGBTQIA+ folks like me. I fly rainbow flags on my home. I stand out, because going back into the closet isn’t an option. The school buses pass my house every morning on the way to the same school I attended, terrified, where I heard threats, veiled and openly violent, that kept people like me silent.

I hope that the kids who sit on the right side of the bus notice them.

I am me now, for me and for the people who come after me.

One of our ethical social work values is Social Justice—that we exist as a profession to fight social injustice. I believe in this value to my core. My colleagues do, too, I have found. We reach out to each other when things are hard. We collaborate and strategize to make things better. We celebrate the sunshine of our hard-won victories together.

From where I sit, looking out at a blue December sky, I feel the cold creeping in and the winter holidays coming. I know that like winter weather, while storms leave, they come back, too.

My trunk has a first aid kit, basic car tools, a spare tire, and a winter blanket, because I know that winter weather can strike here in Missouri when we least expect it. A beautiful day can turn dark and dangerous with a quickness.
When I came out in 1998, I was afraid for my life. I shared with my mother and a number of people that could be counted on one hand that I was not heterosexual.

When I came out in 1998, I thought the kind of life expected where I grew up – rural Missouri, where the Ozarks kiss the prairies – was over. If I was outed, I would lose my opportunity for physical safety and a productive job.

I would never have a home within a faith community. I would be an outcast. I couldn’t imagine finding love where I lived.

And marriage was out of the question.

Two years prior, President Bill Clinton (D), signed the Defense of Marriage Act (DOMA) passed by the 104th Congress which “specifically defined marriage as the union of one man and one woman which allowed individual states to not recognize same-sex marriages that were performed and recognized under other states’ laws.”

And in 1998, the year I came out, two states (Hawa’ii and Alaska) passed constitutional amendments that barred marriage equality.

It was clear that as the LGBTQIA+ rights movement raised its profile, so too did resistance to equality. My existence became a wedge issue. The fundamental rights of my friends to be granted the dignity of equity by the state (including faith-based weddings) was subject to public discourse. Our lives were up for debate.

Reasonable people, I was told, could disagree.

Why are they asking for marriage? I heard this over and over again. Why this word? Can’t they just have domestic partnerships? Civil commitments? Something else?

There is nothing else.

As I moved through my queer life, I met gay men, functionally widowers, who had been kicked out and lost everything when the men who should have been their husbands died of AIDS-related diseases. Without the pervasive protections conferred automatically and easily by the act of marriage in the United States, the families of their dead swooped in, removing them from the homes they lived in (but had not automatically inherited), funeral planning (without rights to their beloved’s body), and financial means (without connection to their spousal survivor’s benefits).

Even families who had included these men’s names on Christmas cards, left their names off of obituaries. Where their beloved’s presence had protected them from scorn, their absence made them vulnerable to be thrown away.

More than that, dignity and humanity arise only from equal opportunity. We know that to be treated differently in this way is to be treated as lesser.

And I felt that difference keenly over my adult life, seeing the ragged patchwork of equality, difference, and outright discrimination that developed state by state by state. Where you lived determined who you were.

In one state you might be a full person, your rights under the law recognized to marry – by the state or within your faith – the person you loved and with whom you wished to share your life. Cross an imagined border, and you were given an “alternative option” – something approximating marriage. Something close, but not quite the same as your sister, or your father, or your best friend.

Cross another invisible line, and nothing is available to you but potential criminal prosecution for engaging in an adult relationship. Massachusetts began recognizing same-gender marriage in 2004.3 Same-gender sexual contact remained illegal in my home state of Missouri until 2006.

When the Supreme Court decided Obergefell v. Hodges in June 2015, I cried. I remembered what it was like to be 17 and scared. I knew that this was the biggest step yet: marriage equality for people like me and so many people I cared about. With that decision, marriage equality nationalized. It is worth noting that just like the widowers I had met, the eponymous plaintiff, Jim Obergefell, fought for the right to be named as the surviving spouse on his husband’s death certificate in Ohio.

But, as before, when our profile raised, as it did on June 26th, 2015, the fight wasn’t over. It somehow intensified. Attacks continued. New rationales emerged against people like me. People screamed, raged, and cried about the ways that other people receiving their rights somehow detracted from their own.

That brings me to now.

The bipartisan passage of the Respect for Marriage Act, which was signed by President Biden yesterday, formally overturned DOMA and codified the protections of Loving v. Virginia (1967) and Obergefell v. Hodges to protect and legalize same-gender and interracial marriage in the United States.

And I fear the backlash now as much as ever. When DOMA was signed, I assumed it was forever. While the Respect for Marriage Act has been signed today, I cannot afford to believe it will be forever either.

Celebrate this victory, all of us! Celebrate hard-fought, long-needed legislation with me! Legislation I thought might never come!

I see my rainbow flags whipping proudly in a chilly wind today.
I smile to see their defiant colors. They are so necessary, a counterpoint to the cold, to the white houses up and down the block of my small town. But sometimes those things that are bright are the easy targets, especially when the rest of the world darkens.

Understand that many of us are buttoning up our coats and watching the skies.

Will you watch with us? 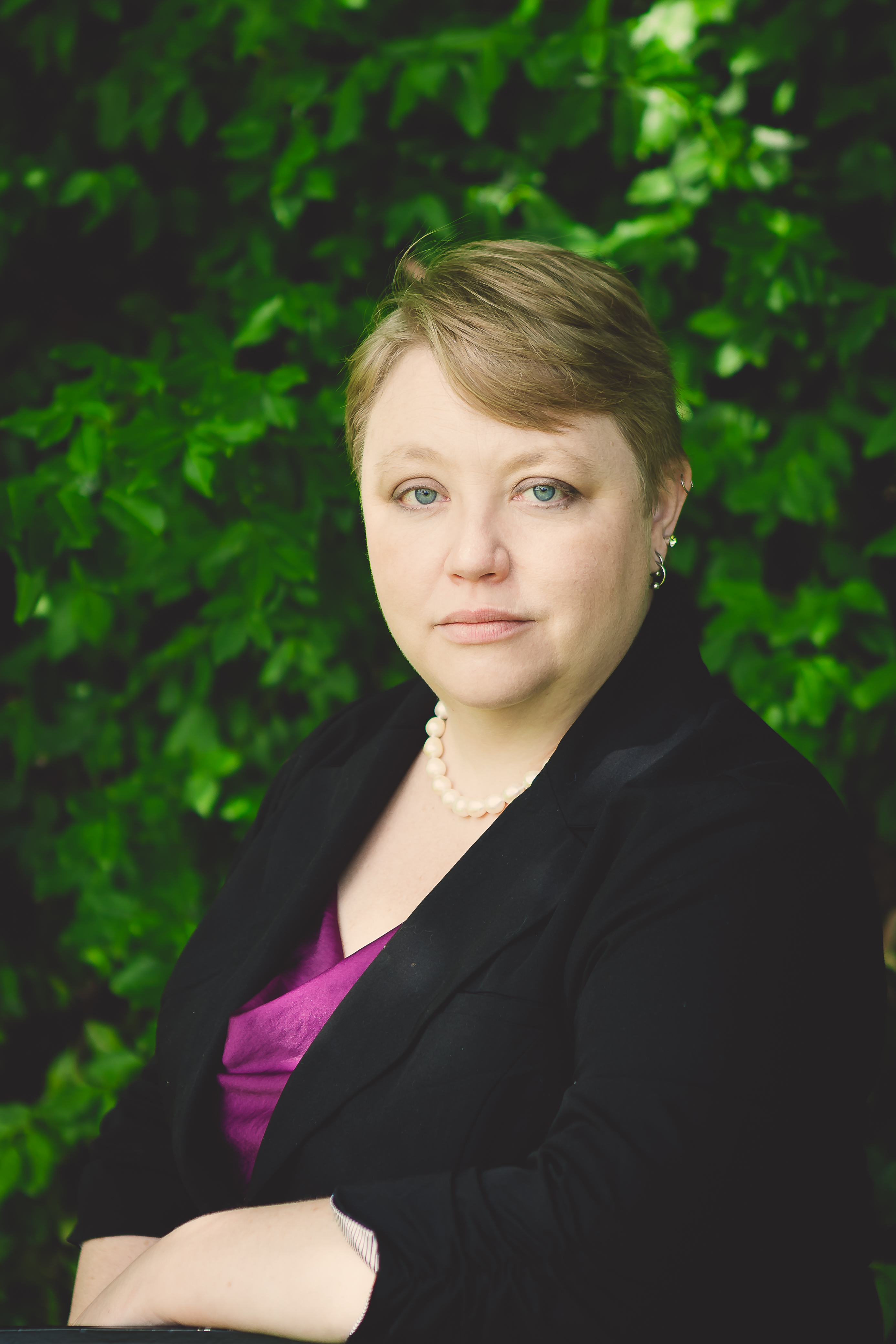 Hi, folks. I’m Cassie Brown, executive director of the NASW Missouri Chapter. I’m queer and nonbinary. I primarily use she/her pronouns. I’m also a writer, clinician, tea aficionado, former speech, debate, and theatre kid, a singer, a sister, a daughter, a retired teacher, a poet, a painter, a huge board game geek, a Capricorn, a friend, and a community activist. I know what you’re thinking. Just when you think you know someone, you find out they’re a Capricorn.
lgbtq President Biden same-sex marriage Social Workers 2022-12-15
gwright