By Alison Laurio, News contributor
Social worker Reeta Wolfsohn received a message from a client she had worked with well over a decade ago. 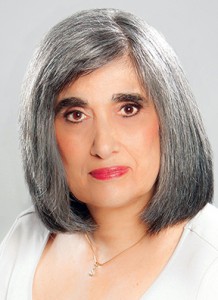 Back then, “she was a college graduate, an expert in working with the deaf,” Wolfsohn said. “The only work she could get was shadowing a high school student. She had no money, no money even for food, and she was finally at the point of putting together all of her debt.”
The young woman had student debt and credit card debt and had not figured out the total amount she owed. She couldn’t even look at it, said Wolfsohn, founder of the Center for Financial Social Work and the Financial Therapy Network.

The woman had been in her 20s then, and has just turned 40.
“She called to tell me she was out of debt,” Wolfsohn said. “She had bought a home and a second home for rental. She actually made me cry.”
“I’ve been doing this almost 20 years, and when I started, nobody was talking about it,” she said. “I knew from the beginning that social workers and the profession had such a huge role to play in financial well-being. We are agents of change. That’s what we do.”
Amid reports that show a widening gap between the nation’s top earners and those who earn much less, social workers have stepped up efforts in the struggle for economic justice in the U.S.
Reducing income inequality and building financial capability for all are both on the list of the American Academy of Social Work and Social Welfare’s “12 Grand Challenges for Social Work” initiative. Economic justice and equity are also included among NASW’s five social justice priorities for the upcoming year.
The need for economic justice can be seen in stark statistics that show the increasing separation between the wealthy and everyone else.

From the November 2016 NASW News. Read the full story here.