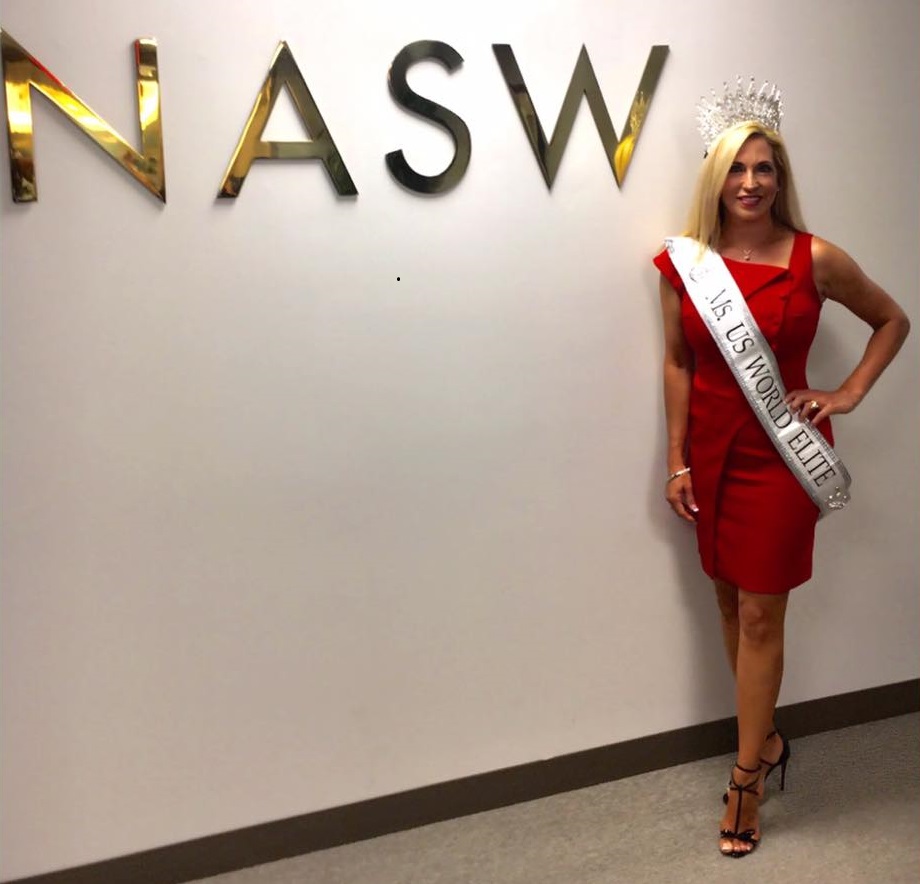 As a young girl, Carla Gonzalez says she dreamed of becoming Miss America one day.

Now, as a multiple pageant winner, she dreams of putting an end to domestic violence.

Gonzalez, whose current title is Ms. U.S. World Elite 2017, also is a social worker and longtime NASW member. She visited the national office in September, while in D.C. to take her anti-domestic violence message to Capitol Hill.

Ending domestic violence is something close to Gonzalez’s heart, as she has lived through it.

She grew up in Oklahoma competing in pageants and was prepared to take it all the way to the top, when, at 18, she got pregnant.

As a young mother, Gonzalez was working at a county health department in Oklahoma while going to school. She wasn’t sure what she wanted to do with her life at that point, but did know she “wanted to help young moms” like her. She also got married, and says her husband was emotionally abusive.

Not wanting her young son, or herself, exposed to domestic violence, Gonzalez divorced and went on to earn a social work degree from the University of Oklahoma, with a minor in psychology.

Even though she was working several jobs while going to school, Gonzalez also earned an MSW. She has worked in public health for more than 20 years now, providing counseling services to adults and children. She also gives prevention education presentations in schools on anti-bullying, cyberbullying, teen-dating violence and Internet safety.

From the November 2017 NASW News. NASW members may read the full story here.