Disparities at Adjudication in the Juvenile Justice System: An Examination of Race, Gender, and Age 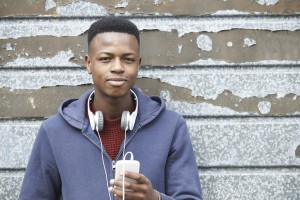 Black and male youths are over-represented at every stage of juvenile justice processing. Despite laws passed decades ago to mitigate these disparities, they persist to this day. That racial bias may be a potential cause of the over-representation of minority youths should be of great concern to social workers, both as a matter of social justice and as professionals whose duties as probation officers, therapists, counselors, and providers of court-ordered evaluations shape the lives of youths who come into contact with the juvenile justice system. In order to better understand the situation of over-representation of black and male youth in the juvenile justice system, researchers investigated racial, gender, and age disparities in the probability of a formal adjudication using administrative data from a large, urban county in the Midwest. Their findings have been reported in the most current issue of the NASW-published journal Social Work Research.

The study looked into whether or not juveniles were subjected to formal adjudication. In this study, a formal adjudication is analogous to a guilty verdict in adult criminal court. Following a formal adjudication, judges issue formal dispositions, which usually entail community supervision (probation) or residential placement. Cases that are not formally adjudicated are dismissed or potentially diverted to other services. The researchers divided the data according to the race (black and white) and gender (male and female) of the youth in question. The purpose of this study was to determine whether a juvenile’s race, gender, or age were associated with the probability of a formal adjudication, thereby suggesting the presence of bias in these rulings.

In conclusion, social work practitioners must be cognizant of how biases in the juvenile justice system that disproportionately subject black youths and male juveniles to court sanctions for minor offenses shape their own perceptions of who is deserving of services or amenable to treatment.

After controlling for prior offenses and other characteristics of the case, the findings indicated an increased risk of adjudication for black youths. In addition, the researchers found that whereas black youths were more likely to receive a formal adjudication for status, public peace, and controlled substance offenses, there was no statistically significant difference between racial groups for three of the four most serious crimes and probation violations. Furthermore, the researchers found that male youths are modestly disadvantaged relative to female youths, and that gender differences persisted across race and offense type.

The good news is that racial disparities were not consistently observed across all offense types, perhaps indicating progress toward reducing disproportionate contact. The finding that racial disparities were greatest for less serious crimes such as status offenses, where judicial discretion is greatest, suggests that evidentiary constraints may play an important role in limiting the susceptibility of court officials to their own racial biases. In addition, the possibility that black youths are treated harshly only because they are perceived to be more threatening to society than white youths appears less plausible given the significant racial disparity for status offenses, which are essentially victimless crimes, and the relatively minor disparities for person-related offenses. On the other hand, black youths may be unduly punished and labeled as delinquents for relatively minor infractions such as status offenses. Social workers who work with youths who have received probation or residential placement or who complete court-ordered evaluations should be cognizant of the potential for racial bias at adjudication and of the negative impact that real or perceived discrimination may have on minority youths.

In conclusion, social work practitioners must be cognizant of how biases in the juvenile justice system that disproportionately subject black youths and male juveniles to court sanctions for minor offenses shape their own perceptions of who is deserving of services or amenable to treatment. The results of this study also emphasize the need for social workers to promote evidence-based interventions aimed at preventing delinquency and promoting prosocial development as alternatives to traditional, but ineffective, forms of punishment such as probation and residential placement.