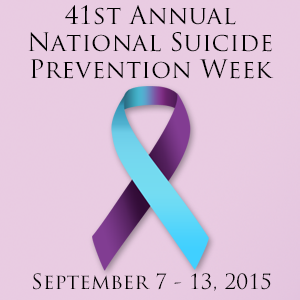 Social workers play a key role in suicide prevention. As the nation commemorates National Suicide Prevention Week (September 7-13) the National Association of Social Workers talked to three of its members about why the language people use regarding suicide is so important and a recent The New Social Worker article on this issue.

They are Jonathan Singer, Ph.D., LCSW, associate professor of social work at Loyola University in Chicago; Sean Erreger, LCSW, an intensive case manager for children and youth at the New York State Office of Mental Health; and Linda May Grobman, MSW, ACSW, LSW, publisher and editor of The New Social Worker Magazine, a certified music practioner and 2014 Social Worker of the Year in Pennsylvania. 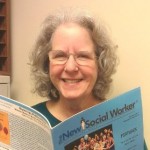 Q: Why is the use of language in regards to suicide so important for social workers and the public? Do words really have such power?

Grobman: As both a social worker and a publisher and editor, I am aware that the words we use and the ways in which we say things make a huge difference in the impact of what we are saying.  It isn’t a matter of “political correctness” — it’s a matter of respect.  Think about the words that evoke a strong emotional reaction in you.  Those words have an enormous amount of power.  Now imagine that you are having thoughts of suicide.  Surely, the words that a social worker or anyone else says to you would be important.  There has been a shift in language about suicide over the past several years, and we wanted to have a conversation with social workers about this shift.  The article that Jonathan and Sean wrote for The New Social Worker, “Let’s Talk About Suicide: #LanguageMatters,” uses a case example to illustrate the power of changing one’s words.

Singer: Using words that respect the dignity and worth of the person is a central social work value. When we work with people who are suicidal or who have lost a loved one to suicide we need to be professional. Using respectful terminology is one way of conveying that respect. When we are talking with other professionals or the general public about the challenges faced by our clients, we need to make sure our language honors their strengths and struggles. More so than any other professional, social workers work with marginalized, disenfranchised, and oppressed populations. As professionals, we serve as an intermediary between our clients and policy makers, insurance companies, the public, etc. If the 600,000 professional social workers no longer said the word “committed suicide” and instead said “died by suicide,” it would serve an advocacy function and change the conversation around suicide.

Erreger: The stigma attached to suicide often creates fear and stops people from seeking help. To say someone “committed” suicide implies a crime has been committed. This switch is critical to promote dignity and respect. Feeling suicidal is not committing a crime.  It is something that requires mental health treatment.

Singer: As we noted in our article, researchers have shown that subtle language shifts change reality because reality is a shared construction. I’ve had the experience, and I suspect most social workers have shared this experience, that the first time I talk with a client we don’t really understand each other. We can even use the same words, but because of our life experience, cultural influences, etc., we see the world differently. If I say to a mother, “I’m so sorry you lost your son,” and she says to me, “I didn’t lose him, he died,” she’s letting me know that she sees the world differently than I do. Shifting my language to match hers at first might seem like simple restating, but after a while it results in being able to see the world through her eyes in a way I hadn’t before. That is the experience of a co-constructed reality.

Erreger: As social workers we pride ourselves looking at strength-based treatments.  We do this to change the narrative for the individuals we serve. Dedicating ourselves to changing the narrative around suicide can have same power. Using language that focuses on solutions and healing changes the reality for thousands daily. My hope is we can do this around suicide as well.

Grobman: As language evolves, some changes are subtle but important and powerful.  Sometimes, it’s hard to tell what is “okay,” and we may not always get it right.  But when we KNOW that something is offensive or derogatory, our ethical obligation is clear. The NASW Code of Ethics (Standard 1.12) speaks directly to this, stating: “Social workers should not use derogatory language in their written or verbal communications to or about clients.  Social workers should use accurate and respectful language in all communications to and about clients.”

Q: What are the best ways to express that a suicide was attempted or occurred? And why?

Q: You said people should avoid using terms such as “copycat suicide” and even “career suicide.” Why?

Singer: As we mentioned in the article, the term “copycat” connotes immaturity or lack of originality. If two people die by suicide using the same method in the same circumstances – even if one knew about the other – calling it a copycat suicide invokes an image of an immature person who wasn’t serious about ending his/her life, but instead was being childish. We want to eliminate that stigma. The term “career suicide” is a slightly different issue. We encourage people not to use the word “suicide” to describe things that are hard, challenging, or even terminal. There is a huge difference between Bob losing his job because he sent a strongly worded memo to the CEO, and Bob killing himself.

Erreger: “Copycat” often assumes there is the notion that suicide is contagious. There needs to be acknowledgment that suicide has the potential to happen in clusters, but language plays a key role to our response.

Q: Are social workers guilty of using the wrong terminology?

Singer: Of course social workers are guilty of using the wrong terminology. I have, and I’m a social worker. But social workers are not necessarily knowingly using the wrong terminology. As we mentioned in the article, there is a great deal of debate within the suicide prevention community about language. One of the reasons Sean and I wrote the article is that we have had the honor of engaging in this debate with people who have lived through a suicide attempt, people who have survived the suicide death of a loved one, and people who have struggled with intense thoughts of suicide. We wanted to take what we’ve learned and bring it to the larger social work community. If social workers read the article and say, “That’s a bunch of language police b.s., and I’m not going to change,” then they would certainly be guilty of the sin of commission (that is doing something they know they shouldn’t do).

Erreger:  Until one year ago, this was a conversation that I was not aware of. Being aware of the subtleties of language around suicide has improved the perception of the individuals I am working with. My hope was to continue to bring this issue to the forefront so that other social workers may experience the same thing. 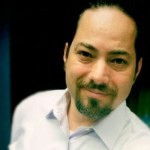 Grobman: I don’t think the newer terminology is necessarily widely known by social workers.  I think the words “commit suicide” have been used for so long that they are engrained in a lot of people’s minds.  That’s why it’s so important to talk about it, as we are doing here.  It is a gradual process that takes time.

Q: How can social workers get society to change how it communicates about suicide?

Singer: Social workers can change the way society communicates in several ways: 1) Lead by example. Use the language you want others to use. 2) Talk with people about why we say “died by suicide,” rather than “committed suicide.” It is okay to feel anxious about that conversation – the anxiety suggests you are about to make a genuine connection. You might be bumping up against a different world view. But as we mentioned earlier in this interview, sharing language is a key to sharing a reality. 3) Become the expert who is interviewed by the media, and use the language you want others to use. The Associated Press Style Guide 2014 revision recommended that reporters only use “committed suicide” if they are quoting someone. If the person they are quoting says “died by suicide,” then it is likely that the phrase “committed suicide” will appear nowhere in the article, and you might have educated a journalist whose writings are seen by millions.

Grobman: And when we do see or hear a reporter saying “committed suicide,” we can write letters to the editor–or even send a tweet.  We can use social media, during Suicide Prevention Month/Week/Day or otherwise, to advocate and increase awareness about how we communicate and how it makes a difference.

Erreger: For social workers who are involved in media reporting/blogging, there are a lot of great resources to assist with guidelines. First is http://reportingonsuicide.org/ and also “The Action Alliance Framework for Safe Reporting” http://suicidepreventionmessaging.actionallianceforsuicideprevention.org/ Prompting language that is person-centered can help those at risk and change the narrative from stigma to hope and healing.