Social workers make life better for people with Parkinson’s, their care partners and their loved ones! Parkinson’s disease (PD) is a neurodegenerative disorder that affects dopamine-producing neurons in the brain. It manifests itself differently in every person, and Parkinson’s social workers can help. Social workers address the non-medical aspects of Parkinson’s, including patients’ mental health and support system. They view each person with PD through the lens of strengths, dignity, diversity and right to self-determination. They connect them to community resources, such as support groups, exercise programs, transportation and meal options, PD-specialized rehabilitation therapists and in-home and long-term care. They can also address care partner and family support needs and some may provide short- or longer-term mental health counseling. 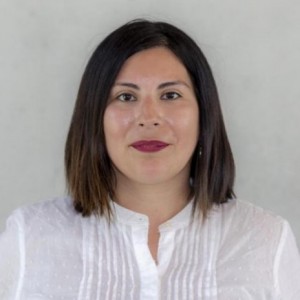 Adriana Gonzalez, LCSW is the social worker at the Parkinson and Other movement disorders center, a Parkinson’s Foundation Center of Excellence in San Diego. Adriana has developed a Latino outreach program and collaborated with local support groups and community organizations to educate the community about Parkinson’s Disease. She is also a member of the Hispanic Parkinson’s Advisory Council, which aims to organize educational programs and materials for people in the Hispanic community living with PD and increase participation of Hispanics in major programs of the Parkinson’s Foundation. Adriana is a strong advocate for supporting patients in maintaining their quality of life throughout their Parkinson’s disease journey from diagnosis to advancing disease.

She says “Being a social worker in a clinic for people living with Parkinson’s disease has been such a beautiful experience for me, every day I have the privilege of making a connection with someone who is navigating through a difficult moment in their life. Through it all, the patients that I work with and their family members have taught me how to stay grounded, how to lean on the people around me and to let go of all those things or changes that are out of my control. With a progressive disease like Parkinson’s, adaptability is key, I have witnessed families navigate a new challenging symptom with grace and curiosity and to be able to be part of their team learning, sharing and supporting them is a great gift.” 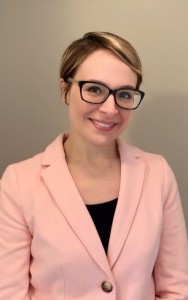 Amanda Janicke, MA, LCSW, CDP works as a Parkinson’s Disease Information Specialist on the Helpline for the Parkinson’s Foundation outside of Chicago. In this role, Amanda responds to inquiries from people with Parkinson’s and their care partners, helping them understand the range of Parkinson’s symptoms, treatments, and options for support in any stage, while also guiding callers to relevant Parkinson’s-specific resources.

Amanda says, “I see this work as an opportunity to empower people affected by Parkinson’s to move forward confidently, well-informed, and in a better position to advocate for themselves. I strive to reflect to callers that they already have the building blocks to assert some control over their future with Parkinson’s and that there is a Parkinson’s community to support them along the way.” 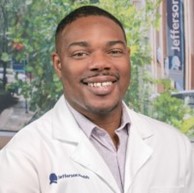 Lance Wilson, MSS, LSW, C-SWHC is the Neuroscience Medical Social Worker at the Jefferson Comprehensive Parkinson’s Disease and Movement Disorder Center at Jefferson University in Philadelphia, PA. Lance holds a specialty certification as a Social Worker in Health Care from the NASW and has worked in the medical, mental health and public health field for eight years.

He says, “What I love about being a PD specific social worker is the ability to be ‘present’ with a patient and their care partners. After all of the medical appointments, therapy, and medication are addressed, I get to serve as a witness to their experience while validating and providing insight as to how each person with Parkinson’s or Care Partner can live their best life!”