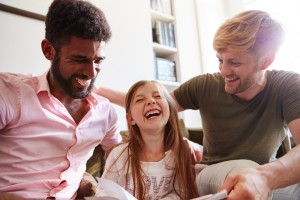 The U.S. Supreme Court on Nov. 4 will begin hearing arguments in Fulton v. City of Philadelphia concerning the rights of gays and lesbians to foster children.

The National Association of Social Workers (NASW), and several other child welfare/adoption organizations, participated in the Fulton v. City of Philadelphia amicus brief that was filed in the U.S. Supreme Court in August 2020.  The case came from a Third Circuit challenge to Philadelphia’s enforcement on non-discrimination. It involves Catholic Social Services (CSS) suing Philadelphia after the City decided to stop contracting with foster care providers that turned away same-sex prospective foster parents.

Catholic Social Services asked the Court to reinstate their taxpayer-funded contract while also claiming they had the right under the Free Exercise Clause of the Constitution to discriminate. However, the Third Circuit Court of Appeals ruled that the City of Philadelphia should not be required to resume making referrals to Catholic Social Services, was not motivated by any religious animus, and was not punishing CSS for refusing to adopt a particular religious view.  The Third Circuit also rejected CSS’s argument that the City’s policy impermissibly burdened CSS’s exercise of religion by concluding that a substantial burden must impact an inherently religious activity, which foster care certification was not.

Lack of scholarly articles on foster care and religion

Pollack and Fishman wrote, “Have researchers simply not gotten around to studying this area? Is it of little interest? Is there some unconscious bias? Despite the historic importance of religion on the lives of young children, there is a decided lack of literature regarding foster care and religion. This shortage means we do not have a truly comprehensive perspective of the lives of foster care children. ”